Mobile applications can be one of the best ways to keep your consumers engaged with your brand as they are on the move. But first you have to decide whether or not you actually need it. Here’s how to make that decision.

As you review your overall mobile marketing strategy, it is important to remember that it’s more than just building an application. An app can be a great engagement medium, but it isn’t necessarily the right solution for each business type and each business need. You need to evaluate those issues, listen to what your customers want, and ask yourself these questions:

We can help your business with custom application development tailored to your specific requirements. Regardless of your business size or the purpose of the App you want, we will deliver rich internet application, available for Play Shop (Android Market) and Iphone. For further information call 02380 768495 or email enquiries@workzmarter.com .

Technology is everywhere in our daily lives and in the construction industry. While some may be taking full advantage of what new technology can offer, others in the industry put it on the back burner. But if you’re not at least exploring your options, you might be missing out on ways to improve your business and maybe even speed up your business processes. If you own or use a smartphone then you are probably familiar with apps. The amount and variety of apps available is endless, and new ones get created everyday. But apps just aren’t games and entertainment related. There are quite a lot of business apps available – and many specific to the construction industry. Do a search on the Internet for top construction apps and you’re find lots of articles;

If you haven’t spent some time searching for apps that could help your construction business, take a few minutes to see what you can find. When you’re on the go and your phone is your go-to source for information, having a quick app to pull up can be helpful. Search for job costing, estimating, calculators – anything that you might need on a jobsite or on a sales call.

We can help your business with custom application development tailored to your specific requirements. Regardless of your business size or the purpose of the App you want, we will deliver rich internet application, available for Play Shop (Android Market) and Iphone.

Are you reading this story on your phone via a link on Twitter, Facebook or some other social network? You’re not alone.

A new study by research firm comScore says 64.2 million U.S. citizens use their mobile devices for social networking, with more than half of them doing so “almost every day.”

A full 38.2 million people use social networks on their phones or tablets on a “near daily” basis, according to the report. What exactly are they doing? Reading updates from friends, the study says, with 84.6% of mobile social networkers checking out “posts from people known personally.” Posting status updates was the second most popular activity, with 73.6% of users partaking. It’s important to note comScore counts reading blogs as social networking.

The overall number of people experiencing social networks through their phones or tablets is surging. That 64 million figure is up 77% from the year before, and daily users are up 88%. That growth is tied directly to smartphone adoption, which comScore says is up to 41.8% of the phone-owning audience — up from 27% just a year ago. 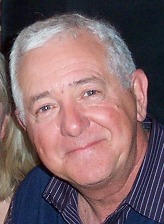